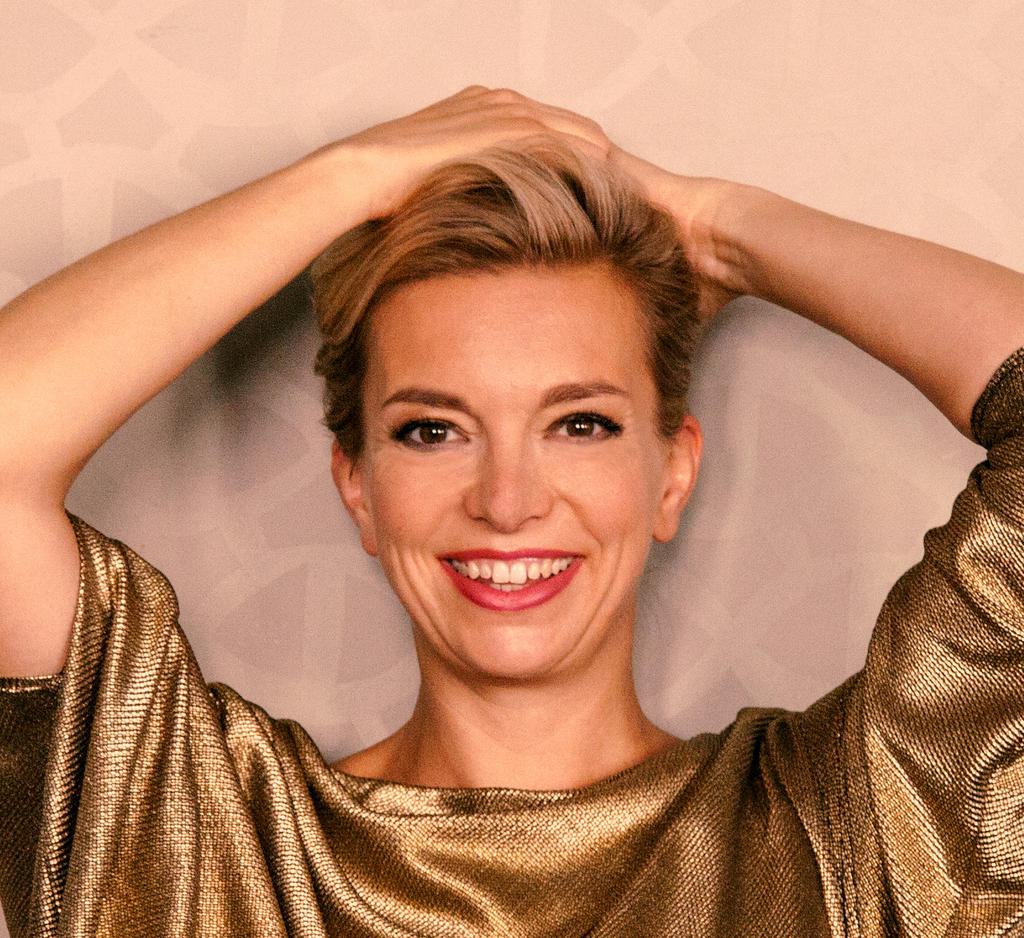 The Dutch mezzo-soprano Olivia Vermeulen has established herself in recent years as a versatile soloist at international level. She made her debut at the Berlin State Opera as Turno in Steffani's L'Amor vien dal destino under the musical direction of René Jacobs, toured Europe with the Budapest Festival Orchestra under Iván Fischer in Mozart's Die Zauberflöte and gave a guest performance in Schumann's Szenen aus Goethes Faust at London's Barbican Hall under Daniel Harding and the London Symphony Orchestra. Equally in demand as an interpreter of contemporary music, Olivia has appeared at the Ruhrtriennale and the Holland Festival in Philippe Manoury's Kein Licht and made guest appearances at the Musikfest Berlin under Peter Eötvös. At the Bregenz Festival, Olivia created the role of Saiko in the world premiere of Thomas Larcher's first opera The Hunting Gun, and premiered songs by Wolfgang Rihm at the classical music festival Kissinger Sommer.

As an internationally sought-after concert singer, Olivia Vermeulen devotes herself with great passion to the classical and baroque repertoire. She has performed with Masaaki Suzuki and the Bach Collegium Japan in Handel's Messiah, Bach's St Matthew Passion and Mozart's Mass in C minor (the latter also being released with the label BIS Records). She was recently engaged as a soloist with the Orchestra of the Eighteenth Century and the Residentie Orkest in The Hague for Bach's St Matthew Passion, while at the Austrian baroque festival Internationale Barocktage Stift Melk she appeared with the Concentus Musicus under Stefan Gottfried as Sorceress in Purcell's Dido and Aeneas and in a solo matinee featuring works by Geminiani, Handel, Pepusch and others.

Other highlights of Olivia’s career to date include her role debuts as Donna Elvira in Mozart's Don Giovanni and Dorabella in his Così fan tutte, both with the Freiburg Baroque Orchestra conducted by René Jacobs. Under the direction of the latter, she further made her house debut at the Opéra national de Paris as Abel in Alessandro Scarlatti's opera Il primo omicidio which was subsequently also performed at the Berlin State Opera. Together with Jörg Widmann, she gave guest performances at the Salzburg Mozart Week, followed by Mozart's C minor Mass under Masaaki Suzuki at the Théâtre des Champs-Elysées and the Concertgebouw Amsterdam. Olivia finally made her debut with the Berliner Philharmoniker with the same work, this time conducted by Daniel Harding.

As Cherubino in Mozart's Le nozze di Figaro, Olivia Vermeulen will make her house debut at Zurich Opera House at the beginning of the current season before returning to the Berlin State Opera for a new production of Vivaldi's seldom-performed Il Giustino. On the concert stage, she can be heard as soloist with the Yomiuri Nippon Symphony in Beethoven's Symphony No. 9 under Masato Suzuki in Tokyo, Osaka and Yokohama, whilst with the Belgian B'Rock Orchestra she will give concerts in The Hague and at the Thüringer Bachwochen with a program dedicated to "Life and Death". As part of a collaboration with Jordi Savall and his ensemble Le Concert des Nations, Olivia will further perform Beethoven's Missa Solemnis in Barcelona, Paris and Dresden. At the Amsterdam Concertgebouw, where she has already appeared as Fjodor in Mussorgsky's Boris Godunov as part of the NTR ZaterdagMatinee series, she will finally take over the role of Omar in John Adams' opera The Death of Klinghoffer, premiered in 1991 and conducted by the composer himself.

Another focus of Olivia Vermeulen's artistic activity lies on the genre lied, last but not least also as a continuation of her highly acclaimed solo album "Dirty Minds" which was awarded the Annual Prize of the German Record Critics and the Edison Klassiek Prize, and which took her and her lieder partner Jan Philip Schulze to the Oxford Lieder Festival, the International Lied Festival Zeist, the Gesellschaftshaus Magdeburg and the International Art Centre deSingel in Antwerp. At the Brucknerhaus Linz, they furthermore gave a recital dedicated to the Second Viennese School, with works by Zemlinsky, Webern, Schönberg and Berg.

Numerous radio and CD recordings document the output of this versatile singer. Her first solo album entitled “Dirty Minds” has been released with the Dutch label Challenge Records in February 2020. With this programme Olivia also gave her highly acclaimed debut recital at the Amsterdam Concertgebouw, soon following it up with her second solo album "Hello Darkness" released in 2022. 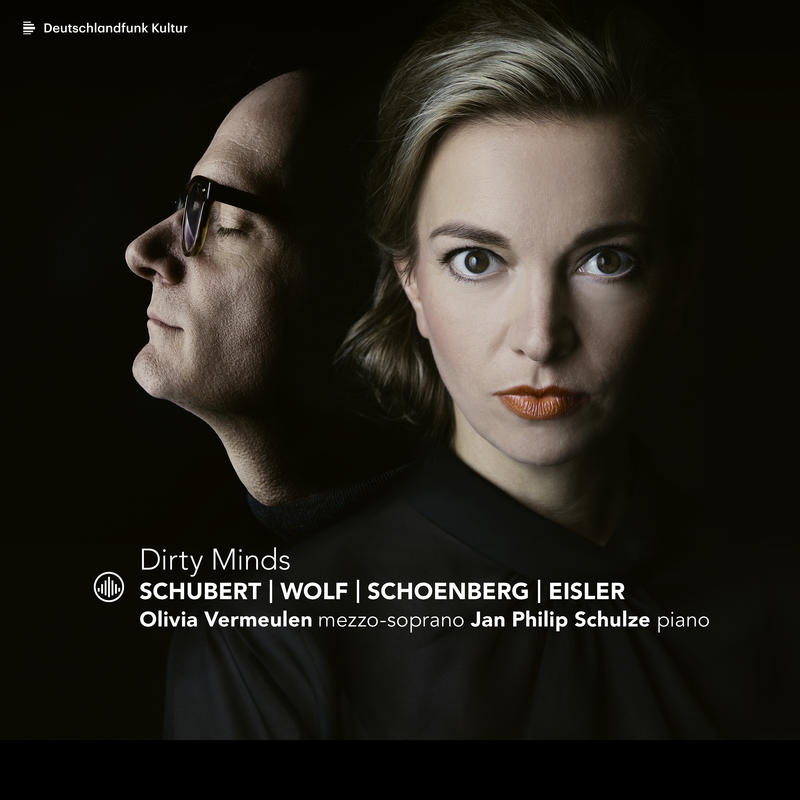 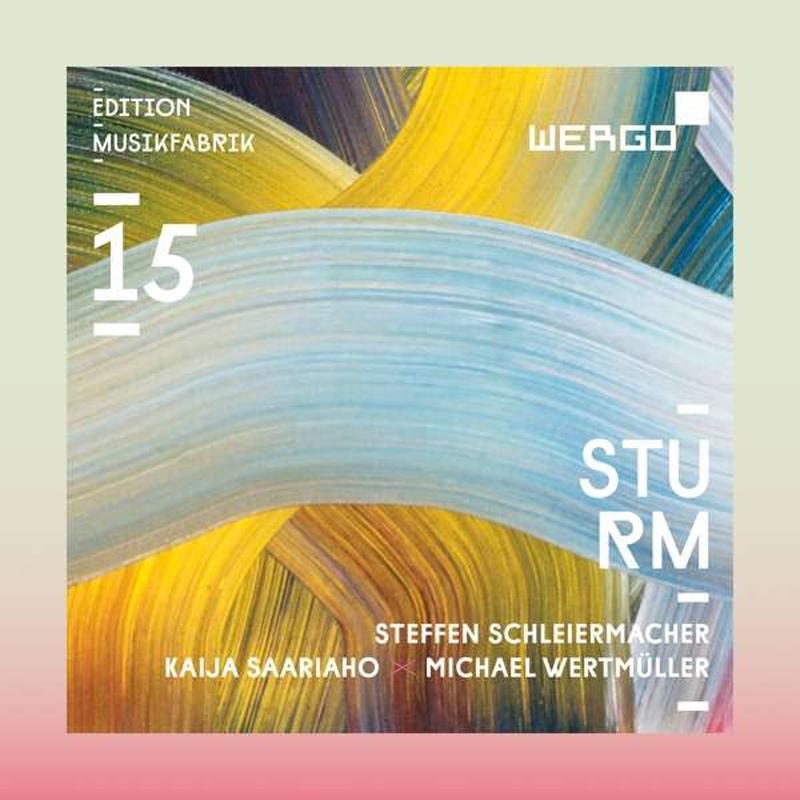 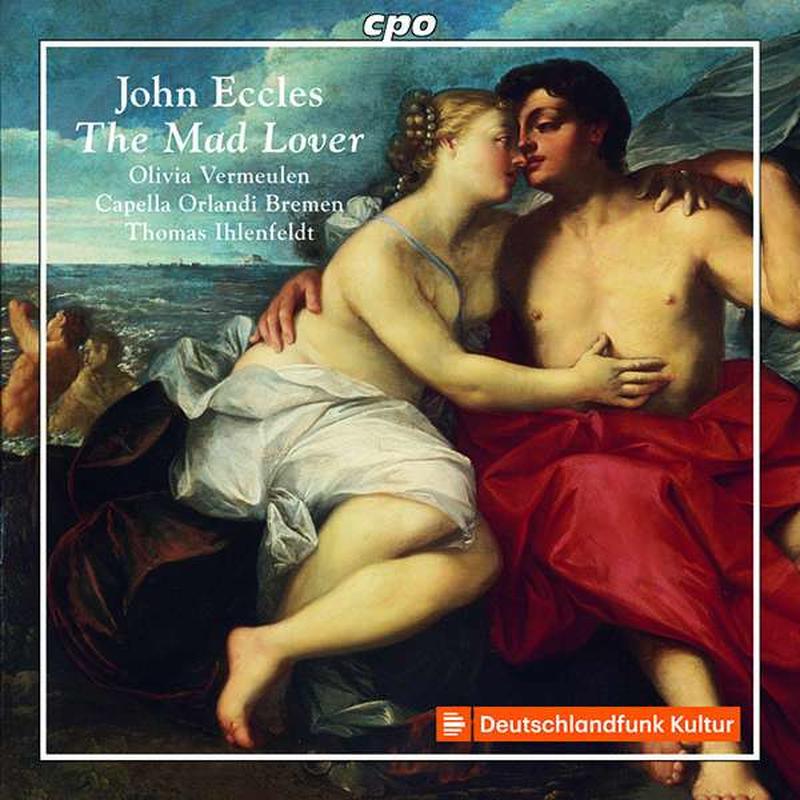 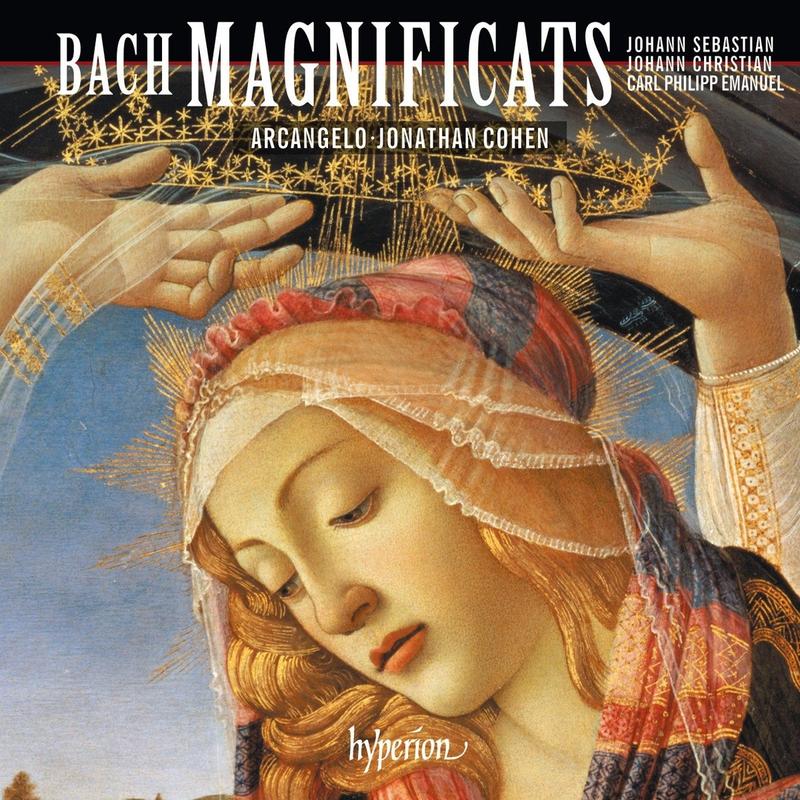 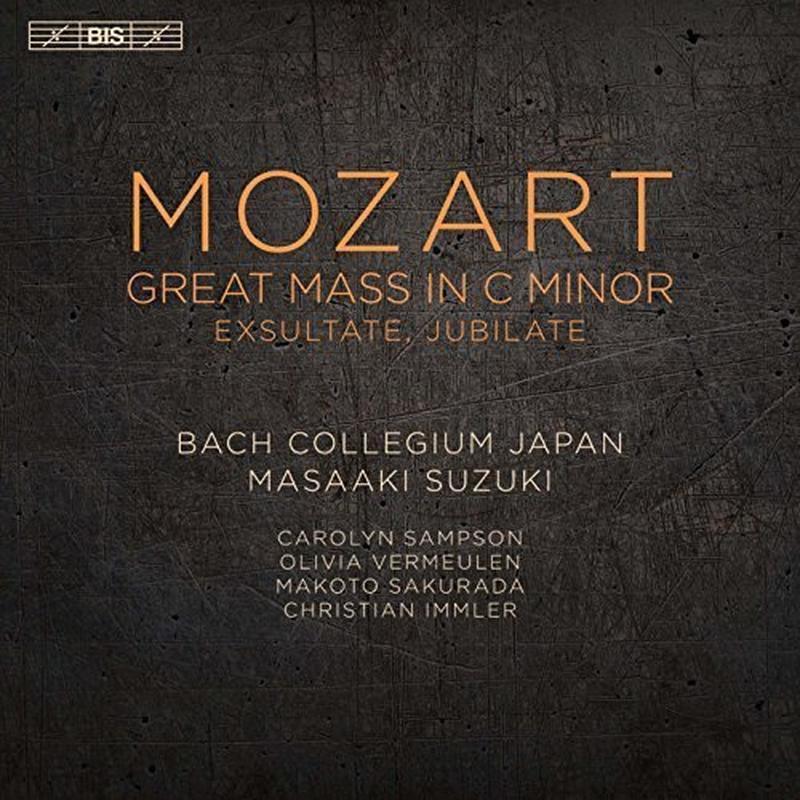 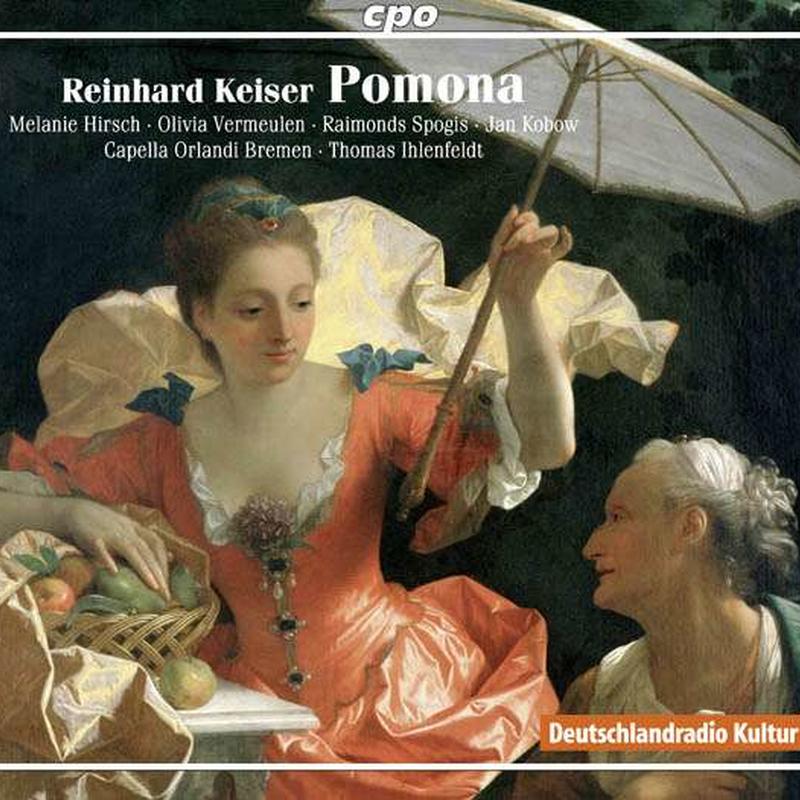 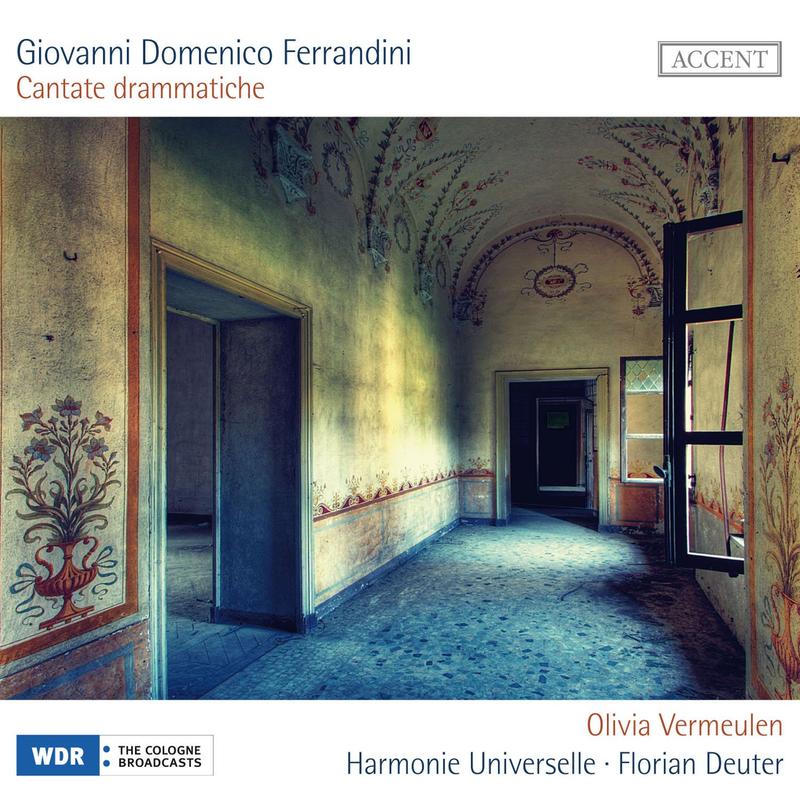 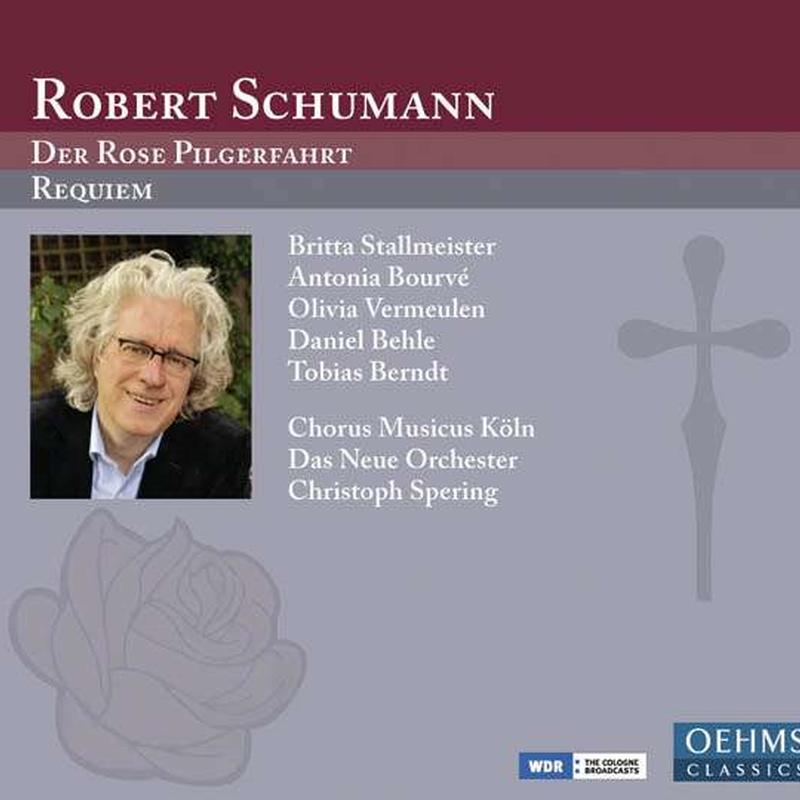 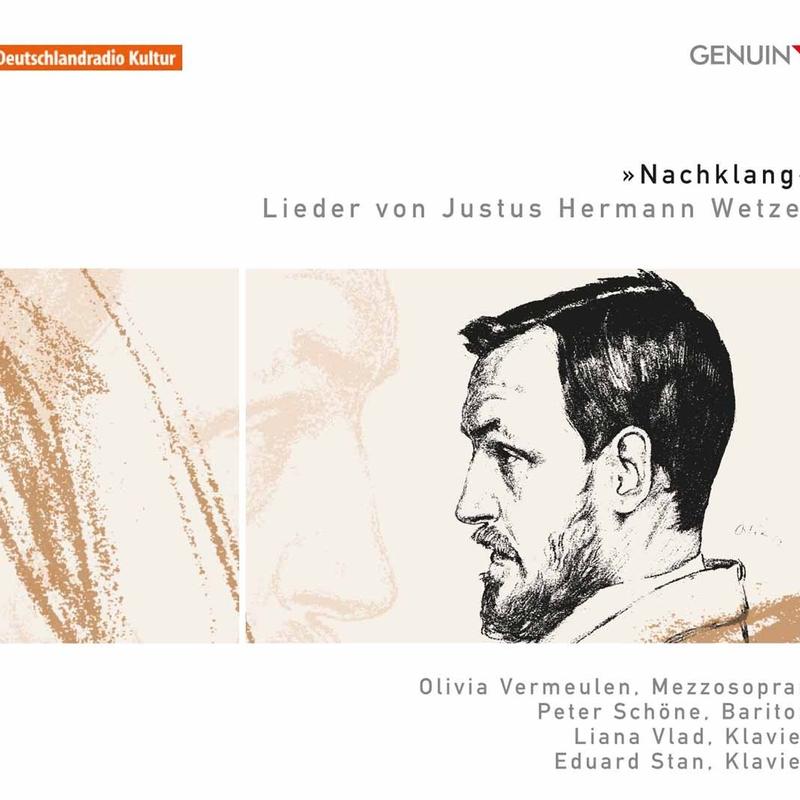 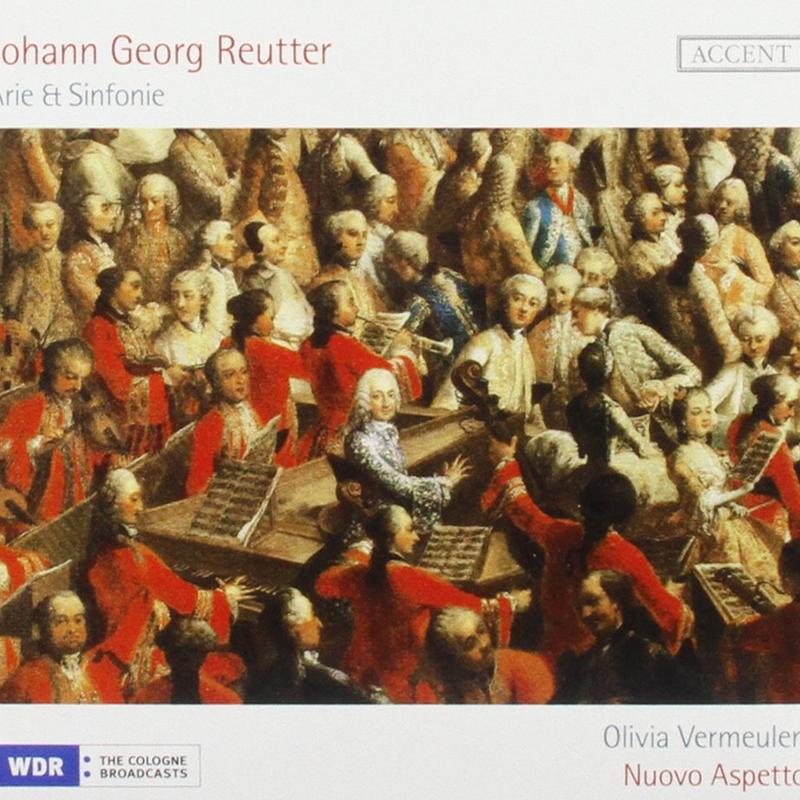 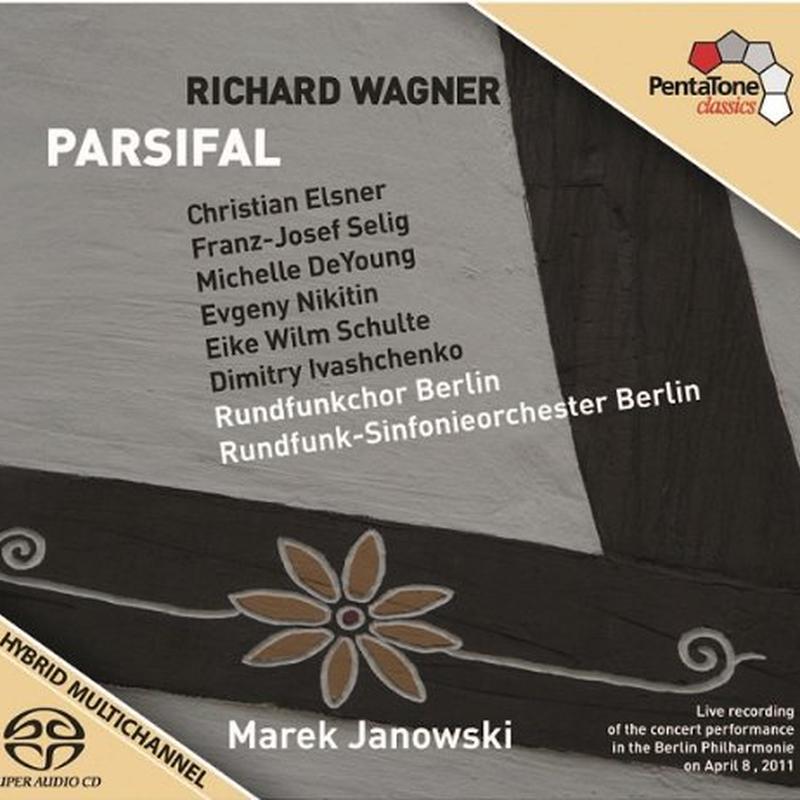 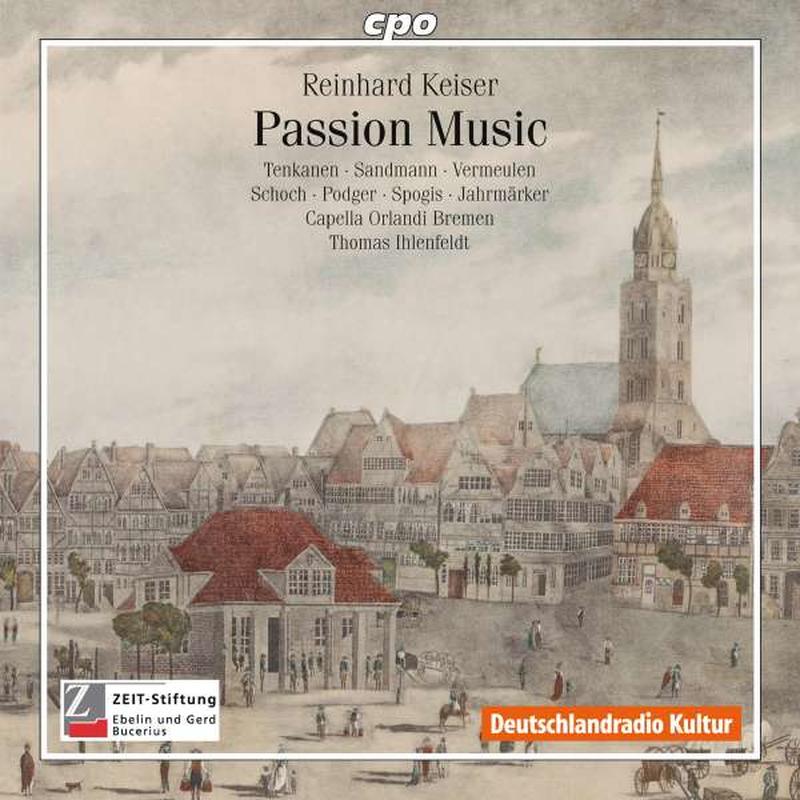 John Adams: The Death of Klinghoffer 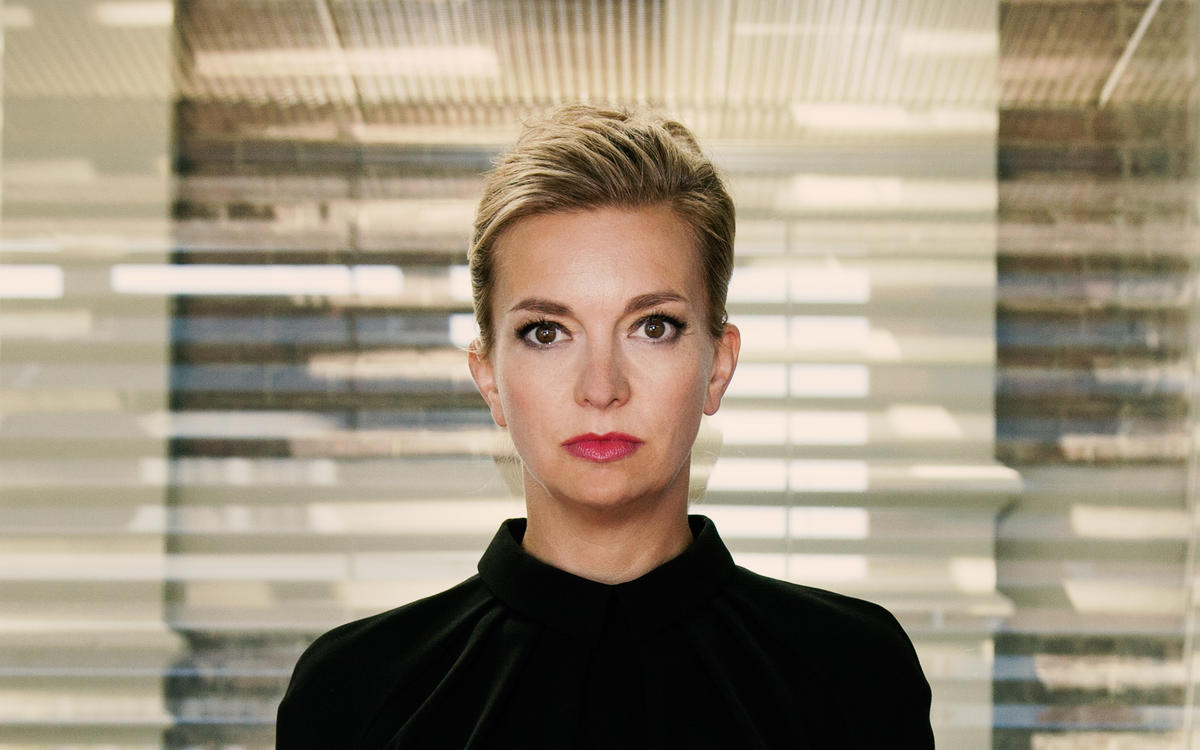 OLIVIA VERMEULEN at the Holland Festival

Dutch mezzo-soprano Olivia Vermeulen to appear at this year's Holland Festival as a soloist in Philippe Manoury's think play "Kein Licht", based on texts by Elfriede Jelinek. 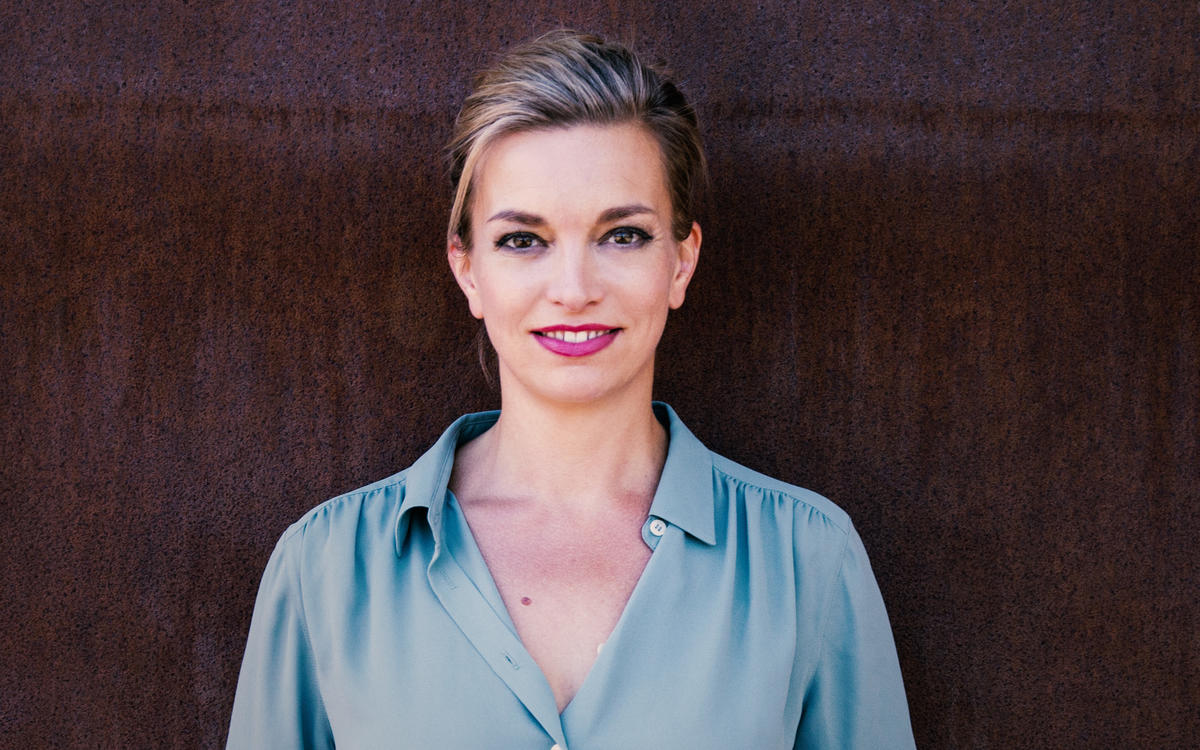 OLIVIA VERMEULEN to give her recital debut at Brucknerhaus Linz

Accompanied by Jan Philip Schulze at the piano, Olivia Vermeulen gives her debut recital at the Brucknerhaus Linz presenting a wide and colorful range of works of the Second Viennese School. 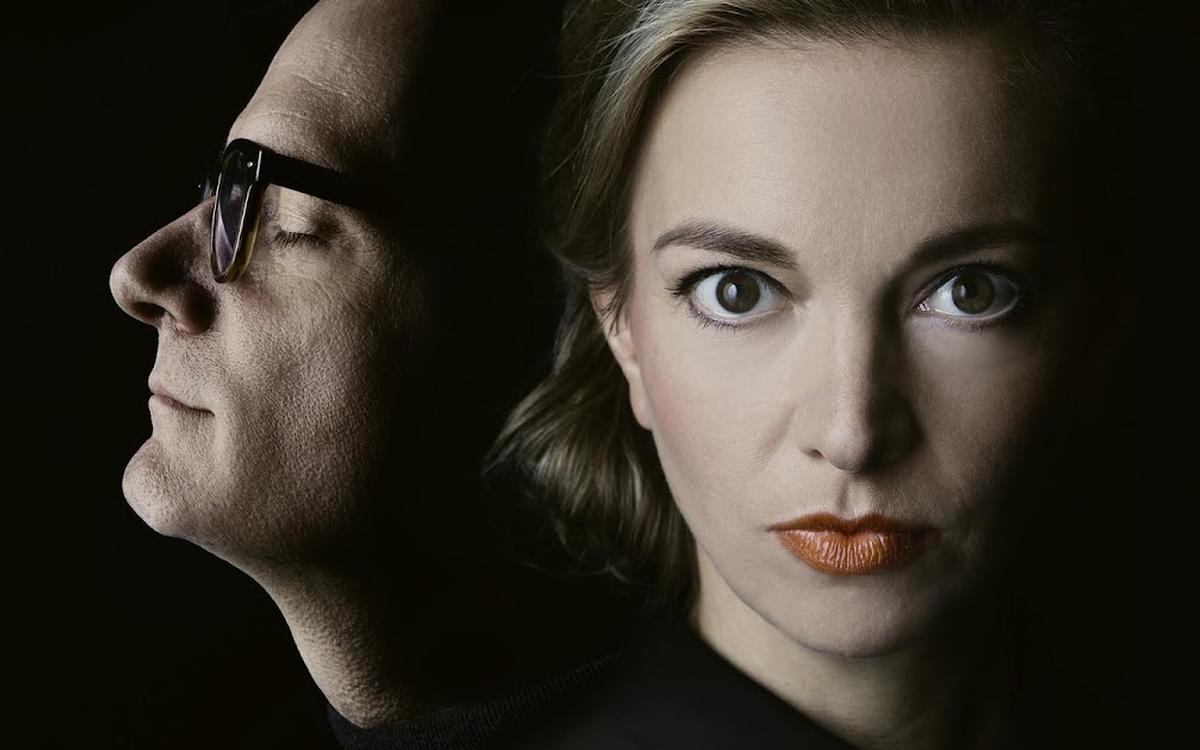